You know how sometimes you’re walking down the sidewalk and do a double take because you’ve spotted a perfectly good half-ladder hanging out in the alley?

END_OF_DOCUMENT_TOKEN_TO_BE_REPLACED

You know how you have you favorite few go-to blogs? The ones that either inspire you, make you laugh or help you relax? I definitely have several!

One of my favorite bloggers is Disney from Ruffles and Stuff. She has the most inspired craft ideas and the cutest little girl who helps out with projects. I just read tonight that her daughter is selling hand-crocheted necklaces on Etsy to try and raise money to buy her friend an American Girl Doll. Have you ever heard of anything sweeter? And look how cute the necklaces are:

END_OF_DOCUMENT_TOKEN_TO_BE_REPLACED

I’m so excited to share a guest post today from one of my favorite DIY friends. Chris is always creating the most interesting pieces for the home he shares with wife Courtney and (very hyper) puppy Ellie. Not only that, he’s half of a great band! Here’s how he made these great nightstands: 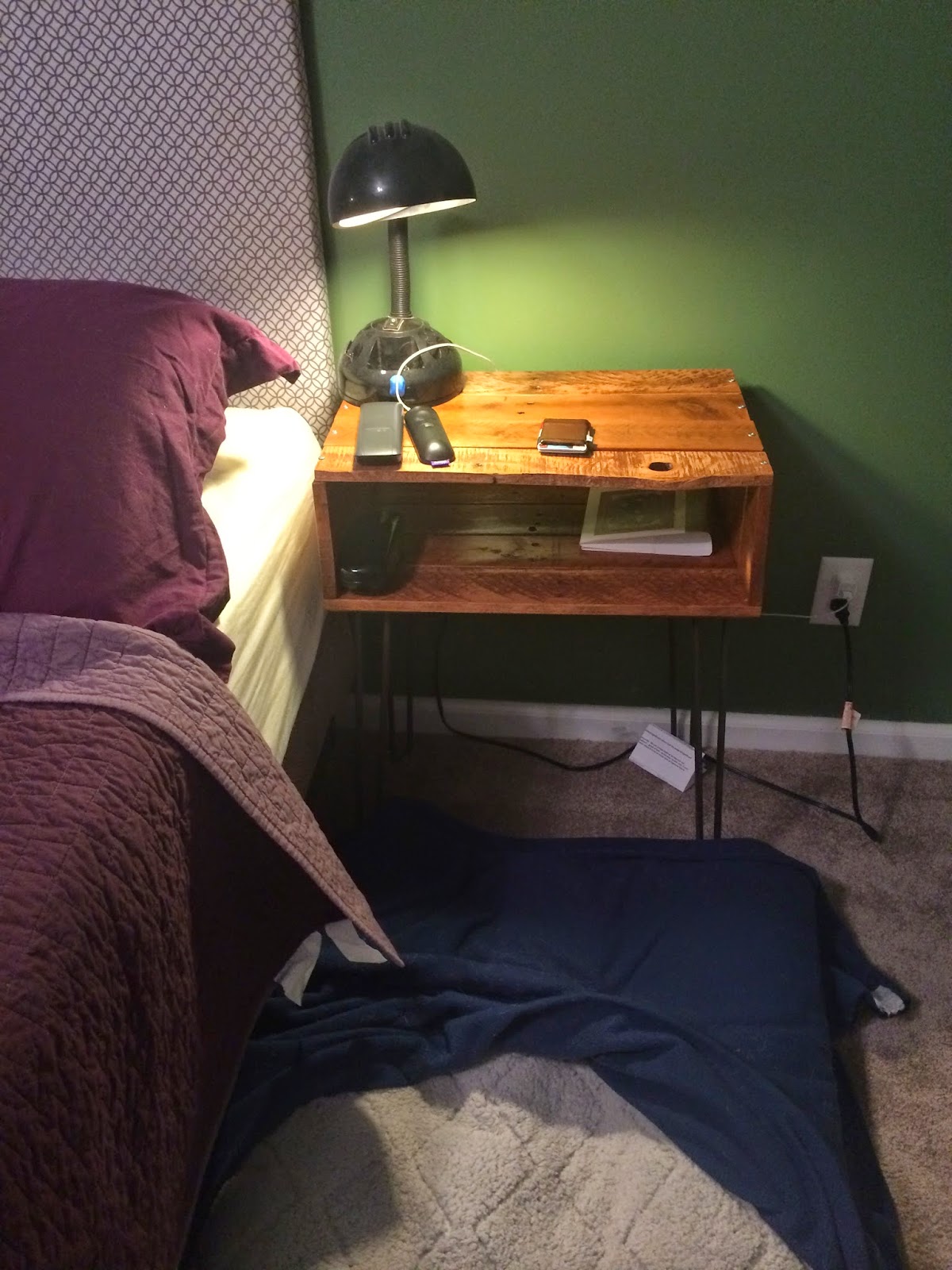 END_OF_DOCUMENT_TOKEN_TO_BE_REPLACED

Read More →
Any of you who follow me on Instagram may have seen one of a few teaser images over the past week:

END_OF_DOCUMENT_TOKEN_TO_BE_REPLACED

You know those people who see a chair on the side of the road, or a table next to a dumpster and snatch it up to take home and put to good use? I’m a modern version of that. I love going on Craigslist and seeing what’s listed under the “free” section. Even if I don’t get anything, it’s fun to look at something that someone sees as garbage and think of all the cool things I could do with it.

Several months ago, I came across an ad I knew I had to respond to. A woman was giving away three beautifully shaped chairs from the 1970s. What?? I immediately emailed her. They were still available and later that week I was meeting her at her church to pick them up. She seemed surprised that I was so excited about them, but said she was glad they were going to a home where they would be used.

The only thing was…they were a terrible, ugly tan with copper legs.

My first thought was to paint the legs silver and then paint the chairs another color. I’ve read that if you use special spray paint made for cars, you can actually just paint vinyl. So I brought them out to my deck and all of a sudden just went crazy with the paint. I was left with tin man chairs. Whoops. 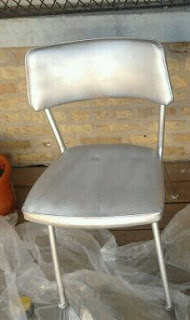 They sat like that for weeks, actually, because I wasn’t sure what to do with them. I considered just getting rid of them, but then thought I’d at least try to recover the seats and then see if I like them. Bingo! I found some awesome fabric and got to work. Thirty easy minutes later and I was left with fun new chairs! 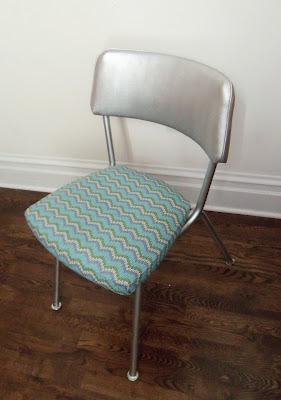 I threw one of my grandma’s (Angie!!) vintage pillows on each and called it a day. 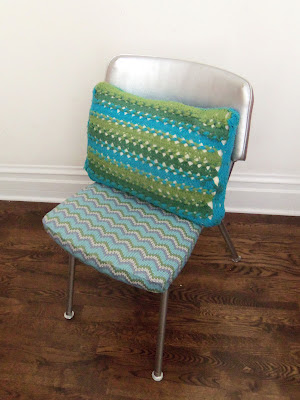 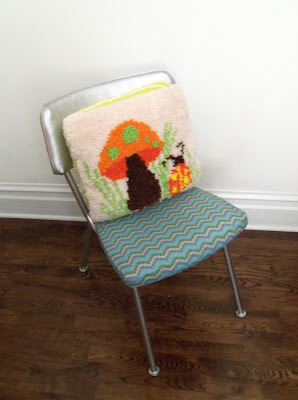 So for the cost of spray paint and fabric, I have two brand new chairs. The third one? Yeah…that’s still waiting in my kitchen. I’ll get to it, don’t you worry.
What fun vintage/thrift makeovers have you done?