Mens cufflinks, that is. Found these babies at an estate sale last weekend: 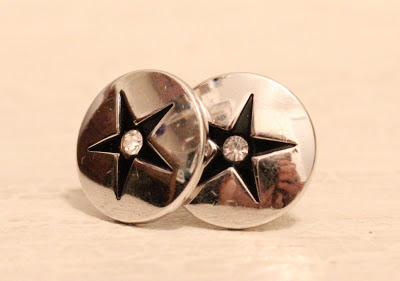 These guys have a “Swank” stamp on the back.

I did a little research and found that Swank was started in 1897 in Massachusetts. Back then, it was known as the Attleboro Manufacturing Co. The company started making cufflinks in 1908, along with other men’s accessories.

The company contributed in many ways during both World Wars, including make Purple Heart medals. Several name changes were had along the way until Swank, Inc. was settled on in 1941.

Anyway, here are some more beauties: 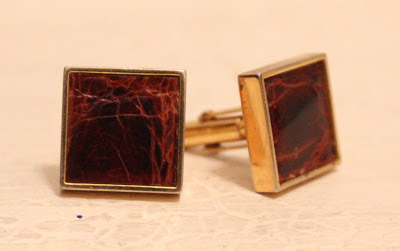 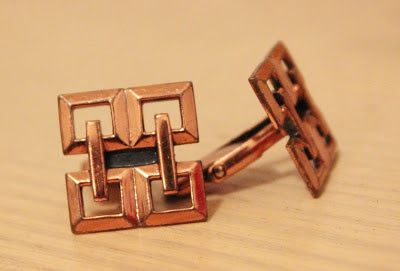 The copper links are also stamped, but they’re so old, it’s worn and hard to read.

I’ve got a little more research to do, but these guys will be up in the shop later in the week, so stop by!

Found some of my info over here.

One thought on “The More You Know: Men”