In my many (many, many) trips to thrift stores and estate sales, I often come across garments and accessories that not only have a designer listed on the tag, but the city in which they were made.

A few times I have been lucky enough to find some vintage Chicago pieces. Somehow finding a dress or hat that was made right here where I live is much more special than finding a nameless piece.

A few months ago I found this very unique hat at an estate sale: 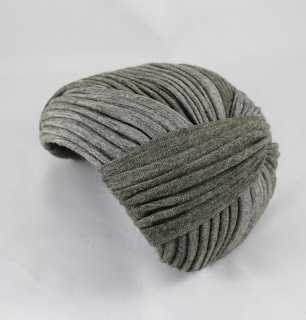 Upon closer inspection, I found this tag on the inside: 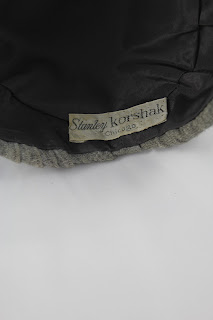 I knew I had to get it, not just because of how pretty it is, but because it was made right here in Chicago!

Stanley Korshak was an actual person who lived in Chicago and owned and operated high end clothing  stores in the city. The first store opened around 1910. Korshak catered to the wealthiest women of Chicago, including the women of the Swift and Armour families, whose wealth came from the meatpacking industry.

After the last Chicago store closed in the early 1980s, the rights to the Korshak name were purchased by an heiress from Dallas, Texas. Today, Stanley Korshak is known as a designer clothing store in Dallas.


So you heard it here first (maybe). If you find a vintage piece with a Stanley Korshak label, scoop it up!

And then send it to me 🙂